You can book your next stay at Jardin de Babylone directly from your SpicyMatch profile. Click here to request a quotation

BE WICKED FOR A WEEK!

You can book your next stay at Jardin d'Eden directly from your SpicyMatch profile. Click here to request a quotation

B is for Bisexuality - Dr Shelley's A-Z of Sex 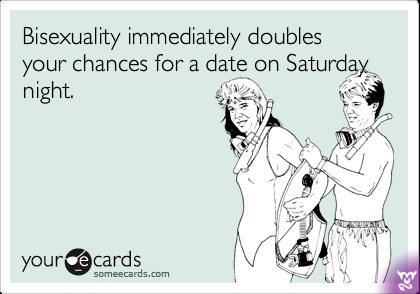 B is for Bisexuality

Opening up to exploring sexually with others of the same sex.

In the life-style and sexually open work that I do, girl-on-girl exploration is one of the most common expansions of a relationship or desire that couples or individuals wish to explore.

Many couples I have worked with over the years have specifically shared that fantasy with me. The male in the relationship really wants to see his partner sexually with another woman. It is a fantasy they have shared over the years and talked about and then when it finally becomes a reality it can be one of the highlights of their sexual lives.

And then from there relationships can continue to open and blossom expanding into the couple inviting a single guy to join them where the guys just interact with the woman. And then eventually the exploration may continue to where the guy wants to explore being with another guy, at the wife’s suggestion or to the surprise of their partner.

In my work as a sexologist I have been trained not to be critical or judgmental of anyone’s sexual preferences or desires or fantasies. I love being non-judgmental. Occasionally situations come up where I may find myself raising my eyebrows but usually that is because it is something I hadn’t been faced with or contemplated before. And the raised eye-brows is more of fascination.

Sexual exploration between members of the same sex has always been a turn on for me. I love watching guys together. Maybe because it was so tabu growing up. And for me, being with a woman is so beautiful and soft and natural (I have been with very strong, butch girls occasionally too, although that is not really my thing). I love the softness of a woman’s lips, her touch, her tongue.

As Katie Perry’s song so eloquently and suggestively said, “I kissed a girl and I liked it!” That song did so much for opening up the younger generation to girl-on-girl play, and normalizing it in pop music. And increased sales of cherry flavored chapstick too, I’m sure.

For me, I was always attracted to girls and always had close girlfriends but wasn’t introduced to intimate play with a girl until I left New Zealand after I graduated from University and started traveling around the world. It was in Greece on a naked beach where I first experienced the touch and kiss of another woman. It was exhilarating and exciting! I loved it. Didn’t mean I wanted to become a lesbian. It just opened me up to the possibility of more sensual connections - doubled my chances, as they say!

Over the years I realize how important it is for me to have loving, sensual female friends in my life. I have some very close girlfriends that I regularly schedule time with and also a great network of female friends who work in the sex field. In this conservative world we live in it is nice to be able to connect freely and talk about sex without fear of being judged. Plus for me personally to receive and have that female sexual energy in my life is essential for my balance and well-being. I cherish the time I spend with my girlfriends, the loving we share, the laughter, the tears…

I like having the avenue of this private swinger community, to be able to express my views on sex more openly and share stories and anecdotes from my experiences of the last 20 years in this field.

One of the benefits of being in this lifestyle community is the possibility to explore sexual adventures that we wouldn’t normally have access to.

I am often contacted by couples wanting to open up their relationship to more and that more is bringing in a third, female or male, and exploring same sex sexual interaction.

In the swing scene there are what we call unicorns, single females and single males, who love to join couples. Many are open to same sex interaction and often post that on their profiles. And then of course there are pansexuals who are attracted to all genders! I would probably consider myself one of those!

I encourage couples to explore the swing scene when opening up their relationships, rather than try to pick up on their neighbor or wife’s best friend which can get messy! Search around for someone who appeals to you and invite them to join you. You never know till you try. And sometimes the chemistry is there and sometimes its not. So give it a few tries!!! As the saying goes, “If at first you don’t succeed, try, try again.”

On your next lifestyle adventure, if you haven’t already done so, consider exploring some same sex play. See if it is for you! You never know till you try…

And then as W. C. Fields said, “If at first you don’t succeed, try, try again. Then quit! Not use being a damn fool about it!”